In the late 1940s, a grocery chain from Philadelphia approached the Drexel Institute of Technology to develop custom automation that could store and read information about products during checkout. A teacher at the institute – Norman Joseph Woodland – took up the task, experimenting with various data collection methods. He eventually found one that worked, a technique that utilized Morse code to represent an assigned number for the product. Instead of the typical dots associated with Morse code, however, he extended these into lines to create a linear code.

Woodward adapted a tubelike mechanism from a movie sound system that was developed in the 1930s to help detect a movie projector’s light and convert it into sound. He adjusted it through precision automation, engineering it so that it instead converted light into numerical form. This custom automation device became the precursor for barcode scanners. Although he eventually patented the device in 1952, it wasn’t put to use until 1973, when an Ohio supermarket scanned its first item, a pack of gum.

What Exactly is a Barcode?

In essence, a barcode is simply a pattern applied to components, goods or packages that allows machines to read it. These barcodes contain information about the products, and are used for tracking purposes throughout an item’s lifecycle. To read the information from these barcodes, a special scanner that uses lenses and lights decodes the data that this pattern represents.

When used in manufacturing, automation transfers this information to a database, which helps log and track products throughout the manufacturing and distribution processes. Barcodes are now used to quickly identify products in nearly every industry, including to automate and simplify tracking of products through the supply chain

While all this can be done manually, barcodes offer better accuracy, while also simplifying sorting and traceability. This custom automation can also be applied to reduce liability and heighten safety, as it allows defective products that reach store shelves to be quickly identified, accelerating safety recalls while also making data regarding quality control available throughout the supply chain.

There isn’t just one type of barcode reader, so understanding how barcodes work differs depending on the method of automation. Engineering of barcode readers also varies based on the marking or printing methods involved in making these barcodes. To understand how barcodes work in both retail and manufacturing, automation between barcodes and readers must be appropriately synchronized.

There are dozens of barcode formats, with thirty major ones, though they can be separated into two basic categories. Those made up of a row of lines is referred to as 1D – or one-dimensional – barcodes. Meanwhile, 2D – or two-dimensional – barcodes are made up of dots and squares. 2D codes invariably contain more data than 1D codes, which store data only horizontally, as their vertical patterns also hold information. 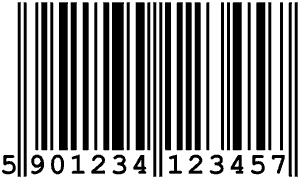 Using numeric or alphanumeric data, 1D barcodes were the first type utilized globally. These linear codes are usually read from left to right, storing information horizontally, with each character representing a different aspect of the merchandise in a database that defines each character’s meaning. The width of each space and bar relates directly to specific characters, with quiet zones – those white spaces to the right and left of the barcode – helping the reader locate the barcode. These zones generally occur at least seven times through the narrowest part of the barcode.

Bars in the code work according to the ratio between their width and that of the narrowest bar, with common ratios being 2:1. 2.5:1 and 3:1. These ratios describe the width of quiet zones compared to that of the black bars, basing these ratios from the starting point of the narrowest of the black bars in the code. Some barcodes include what’s called a guard pattern, which shows where the barcode begins and ends.

Most 1D barcodes also include a check digit that’s used to verify that the code isn’t missing information or damaged, and that it’s complete. 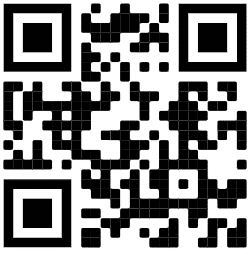 2D barcodes also have quiet zones similar to 1D codes, though these surround the entire code. These barcodes also feature finder and clocking patterns that identify where the code begins and where it ends. Finder patterns are L-shaped, located on the outside edge along two sides of the barcode, which ensures they’re properly oriented when being read. Clocking patterns are opposite of finder patterns, with alternating black and white cells in a series defining the size of single cells and the barcode being decoded.

2D barcodes tend also to have more redundancies, with Data Matrix codes typically having data encoded thrice, which considerably reduces the chance of an incorrect reading.

Barcode readers – also known as barcode scanners – are devices with sensors, lights and lenses that decode the data within a barcode. The first 1D barcode scanners used lasers and oscillating mirrors (or prisms that rotated), with the laser beam scanning back and forth along the barcode. A photodiode measured light reflected from the barcode, creating an analog signal that was then converted into a digital signal.

All coding takes place by collecting information from a central database that includes manufacturing data, with the barcode then applied to a label on, or directly to, the object. These typically utilize thermal or inkjet printing methods, with codes placed via direct part marking (DPM). These include custom automation techniques such as chemical etching, dot peen or laser marking.

There are five basic types of barcode readers:

EAM Inc. designs, manufactures and installs a variety of packaging and logistical equipment and accessories. This includes the company’s EAM Cooper Feeder, which encodes barcodes and supports barcode readers.

Features of the EAM Cooper Feeder include:

For more information on our Cooper Feeder or other custom automation products, contact us today.