The Terminator movie franchise brought the concept of machine vision to the big screen like no other film before it, showing how machines might view the world. Although the movies were from the viewpoints of autonomous military robots, the machine antagonists – and protagonists, depending on the film – also imagined aspects of machine vision that today’s artificial intelligence (AI) can now achieve. 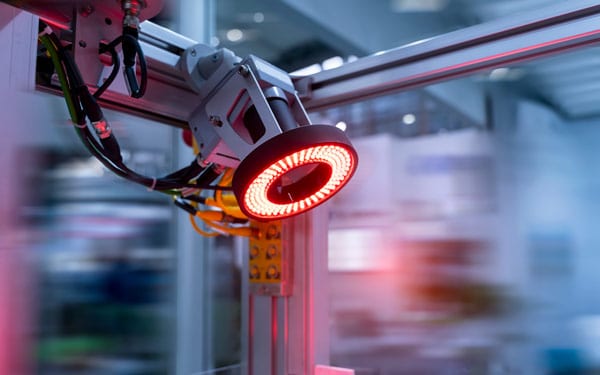 Outside the movie world, custom automation has caught machine vision up to and in some cases even surpassed the artificial eyesight envisioned in films. Today, machine vision is used for a wide array of different processes in manufacturing. Automation that mimics human eyesight can distinguish whether parts are absent or present in a manufactured product, read bar codes, verify colors, detect defects, verify that a part meets specifications, sort product and more. While the reality of machine eyesight may be more mundane, its usefulness in manufacturing automation is only beginning to be realized.

As the brain processes all the things that human eyes see, a machine’s sight begins with a computer. Using video cameras as eyes, the computer converts the resulting visual data via analog to digital conversion (ADC) or digital signal processing (DSP). Just like organic eyes, machine vision can have varying sensitivity and resolution, allowing sight in dim light or to differentiate between objects. These two aspects of vision are symbiotic, with increasing sensitivity reducing resolution while decreasing sensitivity improves it.

There are many benefits to machine vision technology that make it superior to human sight. While human eyes see electromagnetic wavelengths from 390-770 nanometers, some video cameras can see a much wider range, with some having capabilities to see wavelengths in infrared, ultraviolet and even X-ray. Even binocular vision has been achieved in machines, which simply requires a greater amount of random-access memory (RAM), a more advanced processer, high-resolution cameras and an AI programmed to give it depth perception.

Most machine vision used for practical purposes outside of movies happens in factories. Manufacturing automation applications for machine vision require certain skills. One primary ability is simple pattern recognition, which allows a machine to rapidly and accurately find a component along a production line. These actions must also be repeatable. Machine vision can be categorized into four elements, represented by the acronym GIGI.

Guidance involves locating a part, identifying its orientation, comparing tolerances and angling it correctly. Machine vision allows a robot to be more accurate and quicker than a human worker.

This enables robots to:

Machine vision can identify and recognize items in much the same way as scanners in stores read barcodes and other patterns based on shape, size or color. Using automation, manufacturing techniques can use machine vision to help prevent errors, monitor and adjust production, resolve production problems like bottlenecks and enable effective strategies to isolate issues regarding assembly.

In order for a robot to act upon an object along an assembly line, it must be able to calculate distances and gauge the location of an object in space. When it comes to this sort of automation, engineering vision systems to see when measurements are incorrect allows a robot to ensure parts meet specifications.

A key element that machine vision can fulfill lies in quality assurance of components during manufacturing. Automation helps identify irregularity and defects in parts that affect its function, along with other flaws that may occur during fabrication. Machine vision can inspect to:

To support machine vision systems, software applications utilize machine vision to conduct many different types of inspections, including libraries containing images of parts to show how they should appear.

Other Applications of Machine Vision 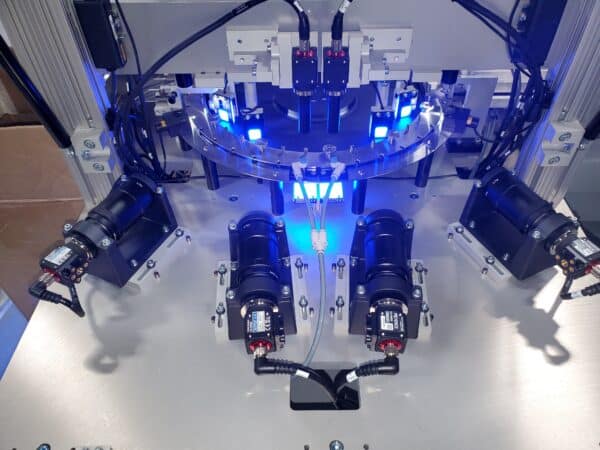 When it comes to manufacturing automation, engineering machine vision to perform effectively during production allows robots and automated machinery to perform a wide array of tasks. Yet custom automation also allows an AI to perform a number of other tasks beyond the factory floor.

Applications for machine vision also include:

An array of different uses likely will continue to improve current visual automation. Engineering machine vision to ensure currency authenticity is already being used by the US Bureau of Engraving and Printing. They currently use machine vision to inspect security features like watermarks and fluorescent threads when producing new $20, $50 and $100 bills.