At first glance, the term “robotic process automation” may conjure up images of robots operating on a factory floor. In truth, the actual robots in the automated process are the software “bots” that instruct other applications. Robotic process automation, or simply RPA, is essentially the automation of business processes by one computer program over another. As a technology, RPA is a relatively new business tool that is remaking the way companies go about administering their business affairs. 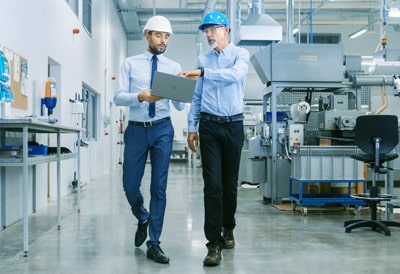 Though the use of RPA technology continues to expand (large Fortune 500-size companies have adopted RPA technologies) there are still drawbacks that need to be addressed. In part, it may relate to a misconception of what RPA actually is.

The conceptual evolution of RPA technology is analogous to smart manufacturing automation technologies; ones that focus on automating tedious portions of workflow production lines with robots specially created to specialize in the task, resulting in greater efficiency and output. Much office work is similar in that way, as it often requires endless repetition of data input or manipulation such as copy and paste functions. Unlike smart manufacturing technologies, however, physical robots are not required to perform the same sort of repetitive tasks. They are not needed to manage data. Instead, software bots are employed to manage the data across platforms and applications.

RPA bots are designed to create repetitive events applicable to a company’s needs. Once a set of instructions are configured into a software bot, it can mimic human-computer interactions to perform error-free, high-volume, automated repetitive tasks that formerly required human input. The bot software captures existing applications and operates them as a human would to process a transaction, tasks such as form entry, preparing invoices, or communicating with other digital systems.

For those who have ever worked in an office environment would attest, the concentration level of anyone doing such work decreases as the repetitive task increases. These tasks are time-consuming and require attentive human interaction, but more often than not are performed by rote. Ultimately, transcription errors are common, and repetitive keyboard input poses health risks like carpal tunnel syndrome. RPA software bot technology performs those transactional business process functions, IT support, workflow, remote infrastructure and back-office work with more accuracy than people. It reduces the workload required by humans and allows them to concentrate on the value-added tasks that can improve customer and business relationships.

Nevertheless, there are drawbacks. The first among these is attrition. Though RPA holds the promise to increase efficiency and output for companies, and spare its office workers from tedious and time-consuming tasks, which in turn will free them up to perform more value-added work, there will be far less staff required to do so. Automating tasks will decrease staffing needs, reduce the need for human power and contribute to increasing unemployment. On a global scale, an estimated 230 million trained staff in computer processing will lose their jobs.

In addition to reducing work forces, other disadvantages persist with the first being a failure to launch. The complexity to implement RPA projects successfully, generally fails 30 to 50 percent initially, which can be costly. More importantly, because RPA software is described as a type of robot, which for many implies that the technology has AI capabilities, the majority of RPA bot technology lacks the singular quality needed for AI – the ability to learn and adapt over time. The automated, repetitive tasks RPA bots are not programmed to learn as they go. There is no innovative thinking. The RPA bot needs to be “retrained” for each new task and the system needs regular reconfiguration. Combine ongoing reprogramming costs and initial failure rates with the initial investment price – some estimates are as much as $15,000 per bot – and the RIO, and implementing an RPA project can be an exceptionally timely and costly venture.

RPA is a flexible technology with many applications that benefit many sectors. Its unique bot interface seamlessly mimics human-computer interactions to perform repetitive tasks far more efficiently. It is a powerful tool that has been integrated by many Fortune 500-type corporations. Despite being a powerful tool, there are no sure economic outcomes for any given company in adapting the technology. Each company should thoughtfully assess the value that RPA software bots could or might bring, the overall RIO, and if it really is the right solution.