Industrial automation allows manufacturers to increase productivity through computerized technologies and applications. In doing so, repetitive/mechanical tasks associated with one person in production and manufacturing processes are replaced by automation. Automated devices can be programmed to control processes, but also have the capability of making decisions during production processes. Subsequently, automation achieves output at a higher and more consistent level, increases quality, and allows for flexibility in manufacturing processes. 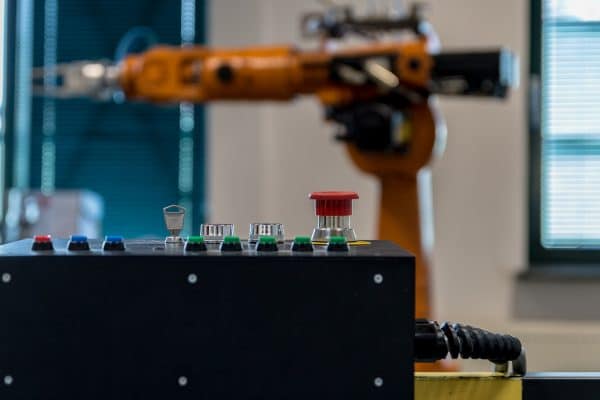 The chief benefit of introducing automation into an industrial manufacturing environment is in streamlining equipment and processes for greater efficiency and increased quality. Another benefit is the reduction of human interaction from production lines, which increases productivity, output, accuracy, and safety. Human interaction is shifted to new areas of expertise in design, operations, installations, and maintenance of automated machinery, robotics, equipment, and plant operations.

Manufacturers have a variety of industrial automated systems to choose from. In large part, the selection of an automated process will be driven by the type of production, products, output, and so forth, that the company is engaged in. Here is a list of the industrial automation systems available:

Fixed automation manufacturing, also referred to as hard automation, is a system in which the automated production processes and assembly are preset to produce a single product. In other words, Fixed automation systems are geared to manufacture the same product style. Once a fixed system is in place, it cannot change product styles. The sequence of production and operation is fixed by the configuration of tooling, equipment, and machines allocated for high-production needs. Complexity of integration and coordination of those many sequences and operations in the production of a single unit is a defining characteristic of fixed vs flexible automation.

In programmable automation, configurations and operation sequences of equipment are changed based on commands that are coded or programmed into the system, with new programs written for each process. Products can be produced in batch quantities ranging from several dozen to as high as thousands of units produced in one run.

As the name suggests, flexible automation allows manufacturers to easily adapt and respond to production needs. The system can be configured, i.e., programmed, to produce multiple product types simultaneously. Machines are controlled via computerized systems programmed and operated by humans utilizing computer coding or HMIs (Human Machine Interfaces). Flexible automation systems are ideal for batch processes for companies that produce a variety of products in low-to-medium production runs.

Robotic process automation, or simply RPA, is a relatively new business tool designed to administer the business affairs of companies. RPA is essentially the automation of business processes by one computer program over another. The actual robots in RPA then, are the software “bots” that instruct other applications. RPA technology bots perform dull, repetitive tasks previously done by people in office environments. In short, RPA can save companies money by reducing cycle times, boosting efficiency, and increasing productivity related to business transactions.

Factory automation is a holistic industrial process that utilizes technologies that automate tasks, processes, and production in industrial manufacturing environments. The process is designed to increase manufacturing output and maximize efficiency at reduced costs. In factory automation, products are manufactured, assembled, packaged, machined, and so forth. Control systems employ computer software to program equipment and machinery to perform manufacturing tasks that were historically performed manually.

Process automation is used to automate industrial control applications that operate factories, plants, and manufacturing facilities. Automated process applications continuously monitor and control analog and digital measurements, using software specifically designed for controls of systems once done by people. An automated network interconnects controllers, sensors, actuators, valves, operator terminals and other hardware to regulate such process variables as temperature, flow, pressure, vibration, speed, switches and the like. The system uses open and closed control loop feedback systems, such as Cascade control loops, PID (proportional integral derivative) controllers, and feedforward controls to monitor and control process variables. For more info be sure to see our post on factory vs process automation.