Industrial automation is a system that allows manufacturing companies to increase productivity through computerized technologies. Programmable automation is one such automated manufacturing system designed to accommodate batch processes and facilitate changeover of products. Like any industrial automation process, programmable automation features production equipment tooled with computer-controlled devices that control and monitor a sequence of functions and tasks.

What Are Industrial Automation Systems? 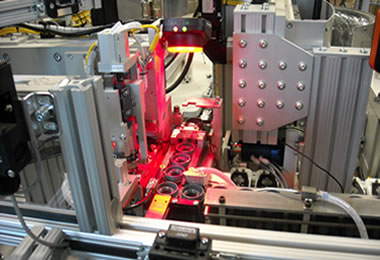 Industrial automation systems are systems designed to replace the repetitive and mechanical tasks associated with one person and decisions made by them in the manufacturing process. Intended to operate automatically to achieve output at a higher and consistent level, automated devices can be programmed to control processes, but also have the capability of making decisions during production processes.

In doing so, manufacturers have an unprecedented control over uniformity and consistency, as well as product quality.

The system is well-suited for low and medium volume batch production of parts and components. Though programmable changes in the instructions may be written and coded beforehand to reprogram the system, in many instances, physical changes in equipment and machines must also occur. Different tooling and fixtures need to be swapped out and machine settings need to be adjusted to accommodate the new product. Consequently, the changeover process, its physical setup and reprogramming, must be factored into production.

In implementing programmable automation processes, manufacturers require an initial high investment for the necessary general-purpose equipment to consistently fulfill batch production quotas with the flexibility to handle changes in product configuration. Compared to other industrial automation processes like fixed automation, production rates in programmable automation are lower. For every change required to produce a new batch of products, the retooling and reprogramming requires a period of nonproduction for the changeover to occur. Though the production rates may be lower than fixed automation processes, it by no means is unprofitable. General-purpose equipment specifically designed for ease in adapting to product changeover rather than for production of a singular product offers flexibility over specialization.

CNC machine tools and industrial robots used in programmable automation then, allows for operational and production sequences to transition to each batch easily. Batch quantities can range from a few dozen products at a time to thousands of units produced.